Chloe Fox was born in London in the heatwave of 1976. Despite having grown up in a theatrical family, she resisted the strong genetic urge to take to the stage and chose writing instead.

Particularly comfortable in the company of actors, Chloe has, over the years, got the best out of the likes of Leonardo Di Caprio, Kate Winslet, Judi Dench, Tom Hanks, Jude Law and Tom Hiddleston, to name but a few.  She has also done live interviews at BAFTA, the BFI and various film and literary festivals.

Her decade spent as a Features writer for British Vogue has also meant that Chloe can turn her hand to fashion writing.  As well as being the author of two key biographies in Quadrille's popular On Vogue series - Alexander McQueen & Manolo Blahnik - she also wrote Vogue Essentials: The Little Black Dress (Conran Octopus).

She has worked behind-the-scenes as a ghostwriter on a number of celebrity biographies.

She lives in Wiltshire with her husband and three children and has just completed her debut novel.  She is represented by Rowan Lawton at The Soho Agency. 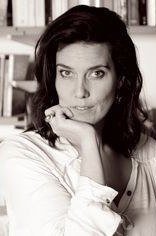